What Uses The Most Electricity In Your Home? – The Biggest Culprits And Ways To Reduce Electricity Consumption

With wholesale energy prices on the rise again, it is ever more important to understand how your household appliances affect your utility bills. But that doesn’t mean that you have to overly concern yourself with how you’re going to cover this ever-rising expense.

Paying some attention to the way that you use your electrical appliances and understanding where most of your electricity consumption is coming from will help you to better manage your usage.

In this handy guide, we are going to be looking at the biggest energy-draining culprits and what you can do to make sure you don’t spend unnecessary money.

What Are The Effects Of Inefficient And High Power-Consumption Appliances?

The most obvious effect of energy inefficient appliances is that you are going to end up forking out far more for your energy bills. This is even more of a concern for homes that use a prepayment meter; yes, they may be more convenient in terms of being able to PAYG and see what you are spending but you’ll almost always pay more per unit. What’s more, according to energy experts, it is impossible for prepayment customers to get the cheapest tariffs!

Of course, these energy-inefficient appliances are putting an unnecessary strain on the environment. There has never been a more important time to watch your carbon footprint and reduce energy consumption. But certain appliances like your washer/dryer and your fridge, especially those with a lower efficient rating, require more fuel to work, which contribute more to the increase in greenhouse gases.

So, it isn’t only about the day to day impact on your finances. If everyone uses high-power consumption appliances, there is going to be a very significant impact on the future of the planet.

What Appliances Use The Most Electricity In The Household?

On average, a typical UK household with four occupants runs as many as 13 electrical appliances and in many cases, this number is far greater. Compare this to thirty years ago and a similar-sized household would be using three times fewer appliances. But…and it’s a big but, we were still using the same amount of electricity. This is largely because many appliances have been made much more energy efficient but that isn’t to say that there aren’t those that use far more than everything else in your home.

It may surprise you to learn that, while things like TVs, laptops and other media equipment are used more frequently than ever, these use the least amount of energy at just 4% per household, on average.

At the other end of the scale, things like air conditioning units are to blame for as much as 46% of your household energy consumption, if you have one installed. The same can be said for your central heating system. Although in most cases, gas is used to heat your hot water and radiators, many homes still use immersion heaters and most gas boilers still rely on electric pumps to pump the hot water around your home.  And let’s not forget that heating your water can be attributed to up to a whopping 14% of your energy consumption.

Your lighting is only responsible for using up to 9%, on average, of your household energy. However, when you think about other appliances such as your fridge or freezer and your washing machine and tumble drier, you’re looking at around 13% of your overall consumption.

Each type of appliance will use varying amounts of electricity but one of the biggest culprits is that fridge! Using as much as 162kWh every month, your fridge is a real drain. You can’t turn it off but by keeping it set to the manufacturer’s recommended temperature and not overloading it, you can reduce how much power it needs.

Things like your electric cooker will also use a shocking amount of energy each month with a 2500 watt oven/stove using as much as 75kWh. This, along with your dishwasher (which can use as much as 10kWh every month when used once a day) will also output heat which will put a strain on your air-con system, further boosting the energy it uses each month.

*All calculations are based on an assumed unit rate of £0.15p per kWh and rounded up or down to the nearest 0.5p or 0.1p as appropriate. Source: Centre for Sustainable Energy.

How Can I Keep My Electricity Bill Down?

It isn’t difficult to see that the demands of modern living puts a real strain on our energy systems and comes at a high financial cost. It goes without saying that we all want to save money and keep that electricity bill as low as possible, but can you do this without affecting your quality of life? Quite simply, the answer is yes! Let’s take a look at some of the things you can do.

If there is anything that we, as a modern society, are doing well it’s that we have created far more energy-efficient lighting solutions. Whereas old-style light bulbs would eat up a lot of power, modern alternatives like LED lights are far kinder to your energy bill and the environment.

What’s even greater is that these lightbulbs don’t put out any heat, unlike their older counterparts. It is also possible to purchase smart light bulbs which can be set on a timer or turned off remotely to further save energy.

Think About How You Heat Your Home

The cost of installing a new boiler can feel incredibly intimidating but over time, you’ll probably end up saving money as the new boiler will be much more energy-efficient. According to MoneySupermarket, switching to an A-rated condenser boiler could save you as much as £300 annually in energy bills. That’s not a saving to be sniffed at!

Moreover, you should consider setting your thermostat just a little lower. We aren’t suggesting that you sit shivering in the cold in the depths of winter but even just by reducing it by a single degree could save you up to £80 every year! Just like light bulbs, there are now also smart thermostats that can be remotely controlled using your phone. In addition to this, they will also learn about the time it takes to heat your home and also have a feature that allows you to only heat certain rooms.

Switch Appliances Off At The Wall

Another excellent feature of the modern home is the smart plug socket. These can be operated using your smartphone from anywhere in the world, so there is never an excuse as to why you left the TV switched on when you were sunning yourself in Greece for a fortnight!

You might not think that leaving wall plugs switched on would use a massive amount of energy but in reality, even when they’re not fully in use, these devices will take a small amount of power unless the wall plug is switched off. Remembering to turn off the plug could save you up to £30 annually.

Maintaining a consistent temperature in your home will help enormously towards reducing your energy bills. If you are running an air-con or heating system, this will often have to work much harder when there are temperature extremes.

For example, on a sunny day, the heat from the sun will penetrate in through the window and instantly warm up your house. Your air-con system will then try to fight this and will end up using more energy than you’d like. The same can be said for your heating.

Closing doors to retain heat in any given room will prevent your heating system from kicking in unnecessarily.

Did you know that by installing loft insulation, you could reduce your energy bills by as much as £135 a year? Much like replacing your boiler, there will be an initial outlay but you’ll soon make this back in terms of what you save.

It is also worth considering installing double glazing as this will go a long way towards insulating your home and keeping the internal temperature much more consistent. Not to mention, it’ll lessen any noise from outside which is always a bonus! Doing this could shave a further £110 off your annual energy bills.

What Are The Benefits Of Reducing Electricity Consumption?

The recurring theme throughout this guide has been saving money and this is by far the most important benefit of reducing your energy consumption. Even if you are living on a very comfortable income, nobody wants to pay over the odds for anything so all of us would benefit from following some of the tips we have discussed and lowering the cost of our energy bills. What’s more, research has shown that if we all lower our consumption, the result will be more consistent energy prices in the future.

There are also lowered greenhouse gases to think about. You only need to turn on the news in this day and age to see somebody talking about the importance of protecting the planet and by reducing your energy consumption, you are playing an important role in this!

If you’re looking to save money on your energy bill, and who isn’t, then knowing which appliances in your home are guzzling the most power will help you to better manage your electricity consumption. Of course, there are plenty of things you can do to improve your home’s energy efficiency and the key benefit of all of these is a lower bill! 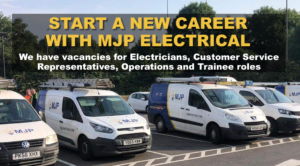